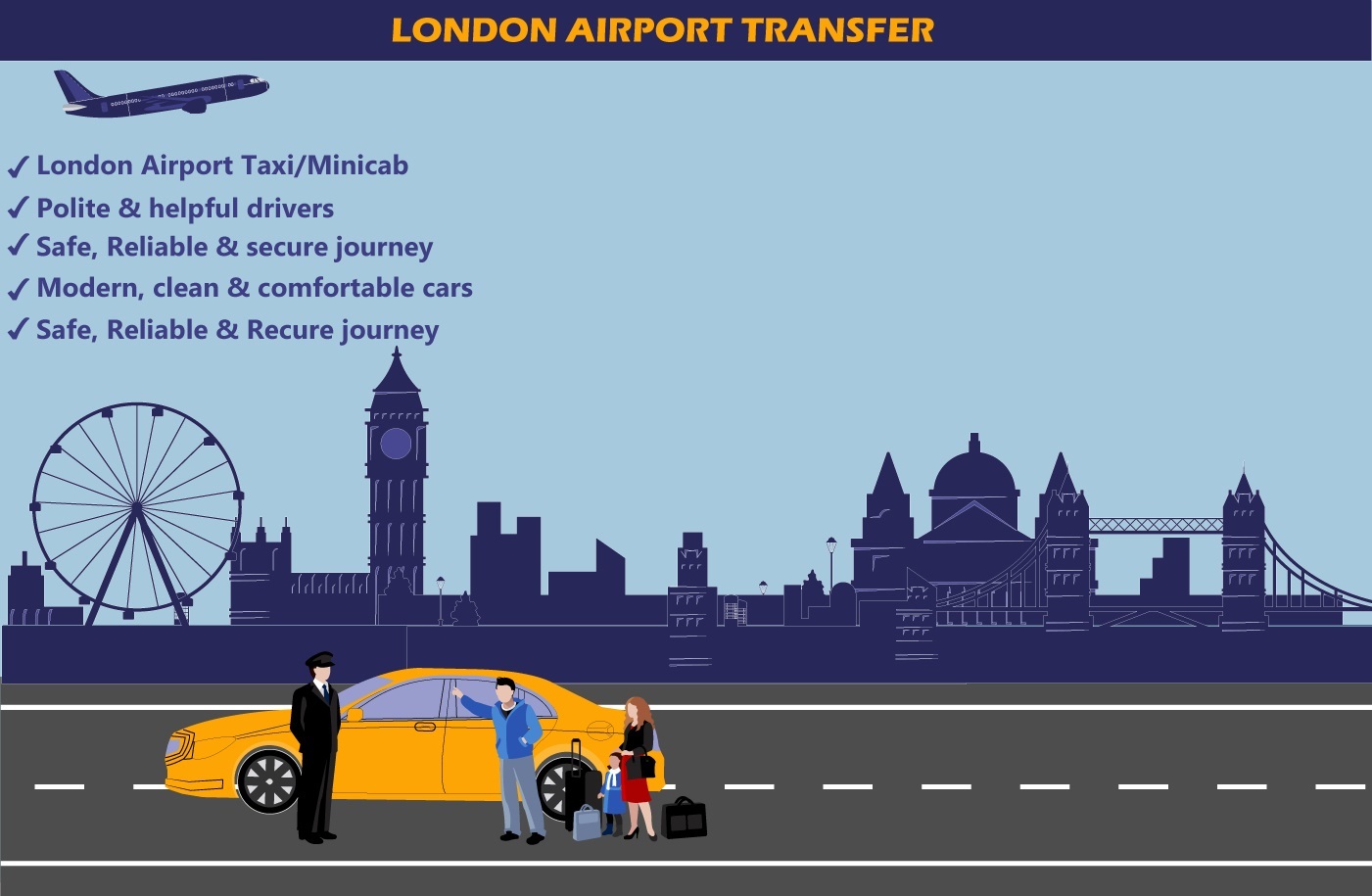 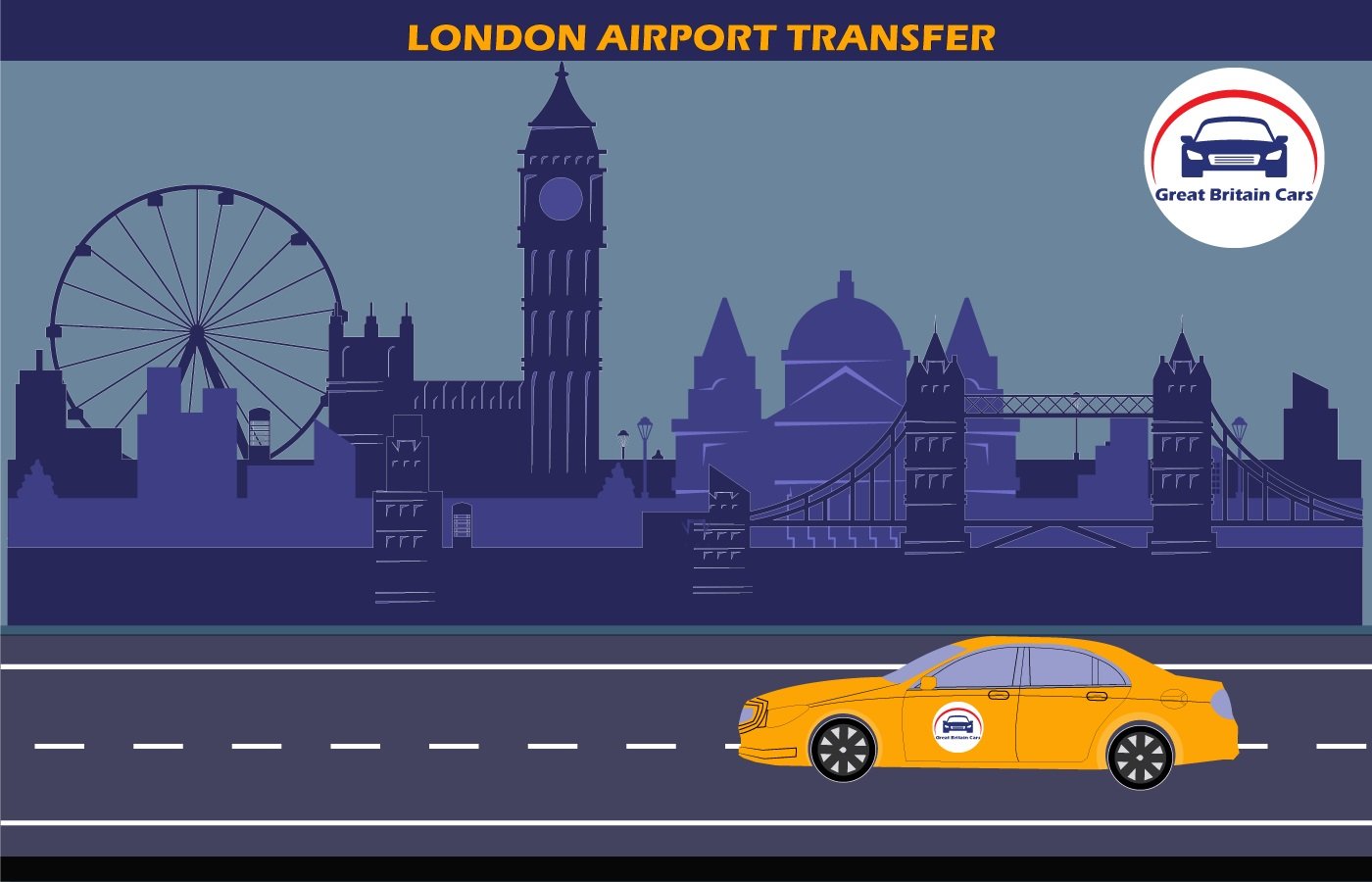 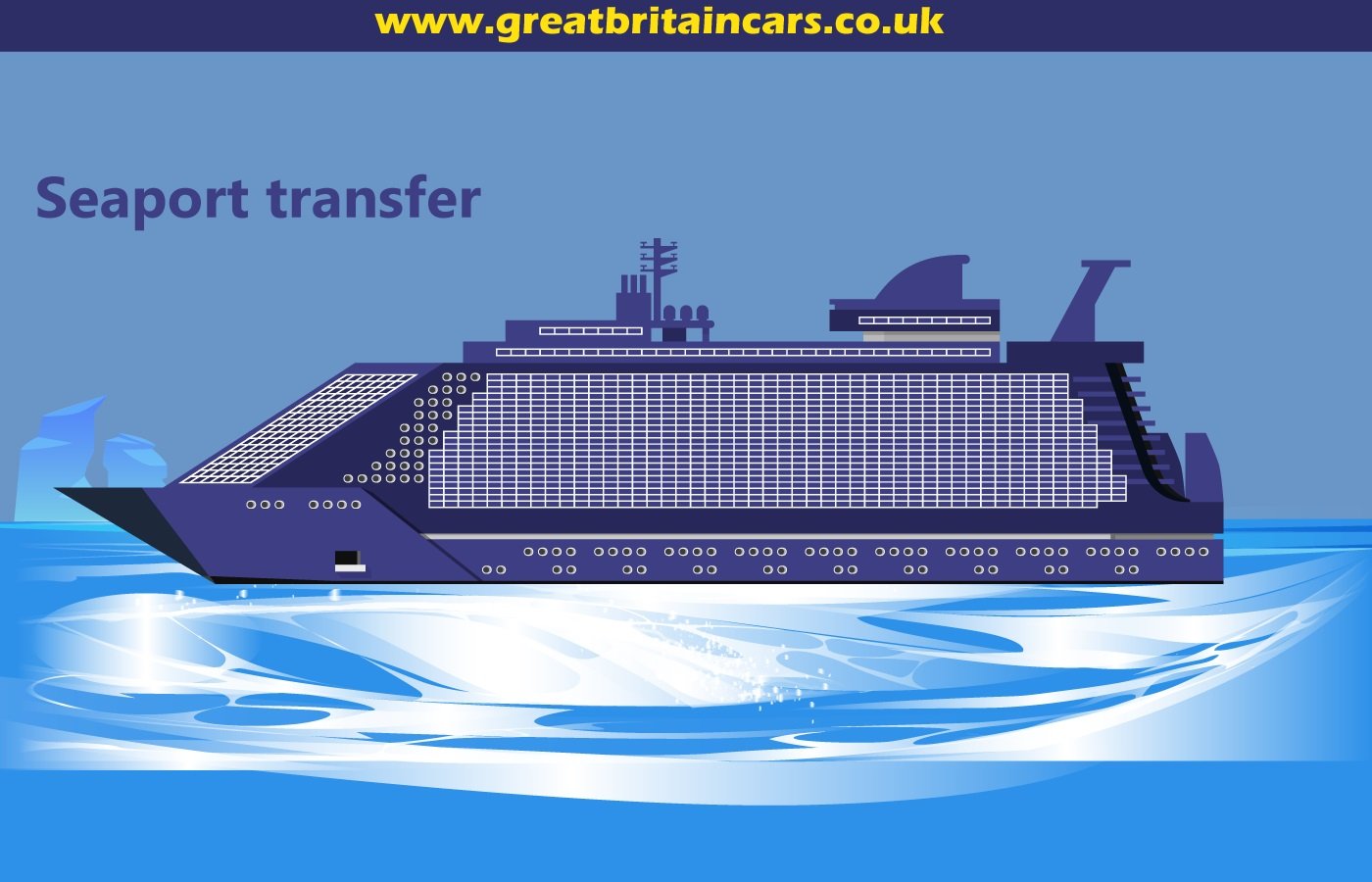 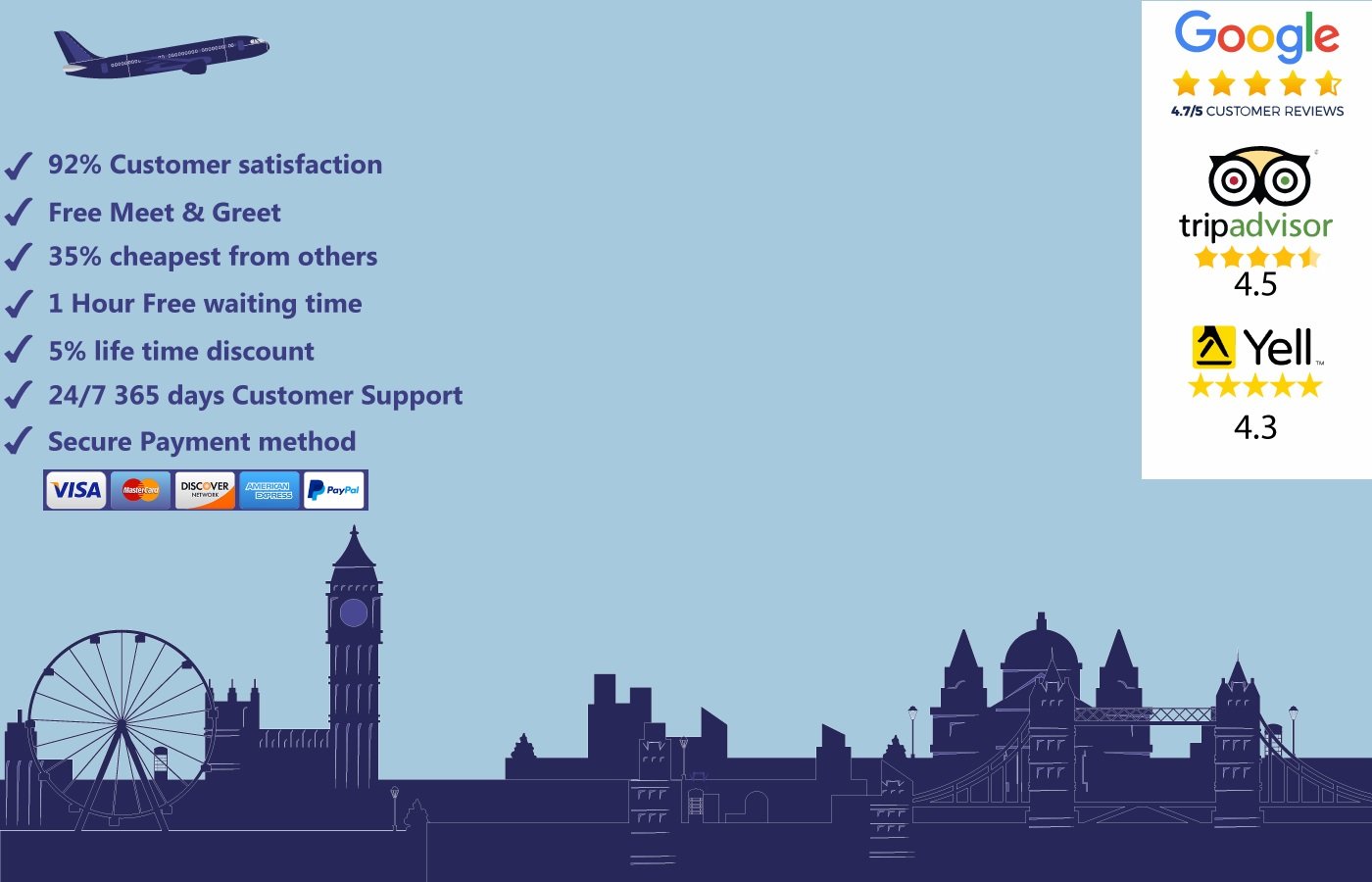 Gatwick is the second most popular airport in London for inbound and outbound traffic. It is also the second busiest airport of United Kingdom after the London Heathrow Airport. It is located at a distance of five kilometers from the borough and town of Crawley and 47 kilometers from the Central London. Although it is the second busiest airport in UK after Heathrow yet it is the world's busiest single-runway airport that averages 52 aircraft movements every hour. It has a total of two terminals, one on the north while other on the south. An approximate of 33.6 million passengers passed through Gatwick in the year 2011 making it one of the major airports of the country. This place offers all kinds of transportation facilities to its travelers.

Gatwick - London City Airport Transfers starting from ₤56.00 Book Now-Heading for your flight at Gatwick airport? London’s second largest international and busiest airport Gatwick maintains 60% of UK’s air traffic. The easiest mode of reaching this international airport is hiring service from a trained driver. Not only they assure you of a smooth journey but also promise to reach you for the flight on time with their Gatwick to London city airport transfer. Hiring this service, you will be free from the stress of searching for a London City Airport cab. Professional driver with his car will be waiting for you at the airport gate.

Adding on to our service list, we offer services for city tours and corporate functions. All that you need to do is mention the headcount to help us select the best vehicle for assuring you of a comfortable and peaceful journey. We provide service even to the remotest corner of the country from other significant seaports and airports. Hence you can bid bye to all your worries about long queues at the Gatwick Airport taxi stand and unhygienic seats. For instance London City Airport Transfer hire at this place does not bother anyone as Great Britain cars UK’s Leading Gatwick airport transfer company offering economical as well as luxury Gatwick to London city airport Transfer services. For those who need to depart via London's Gatwick airport and need to reach the airport from anywhere across the country, car hire to Gatwick airport is easily available from all cities, towns, boroughs, suburbs and villages. This place provides its passengers with the ease of traveling to and from via all modes of transportation.

Great Britain Cars is one of the oldest providers of Gatwick to London city airport Minicab They have been serving all major areas of London including Heathrow, Stansted, Luton and London City airports since more than 5 years. Their years of experience put them apart from the competing online taxi companies of UK. Great Britain Cars lets you opt for London city airport transfer hire from and to Gatwick airport at very reasonable and economical prices.

How To Get From London Gatwick Airport (LGW) To London City Airport (LCY):

Transfer from Gatwick To London City Airport by Taxi:

A Taxi Transfer from London Gatwick Airport to and from London City Airport with Great Britain Cars will take approximately  55 minutes to 1 hour and 15 minutes and journey is 50.2 Miles through M1 and M25 The the journey will cost approximately 55 GBP for a normal saloon car which can carry 4 passengers 2 check-in luggage’s and 2 hand luggage’s.

For more details on Gatwick to London city airport transfer, get in touch with us. Call us, If you are looking for Gatwick airport transfer service, call us at 020 3006 6550 within the United Kingdom or +4420 3006 6550 for outside calls to enjoy an impeccable service

I am more than happy to be able to recommend Airport pick and drop off services offered by Great Britain Cars at London airports.
I am usingGreat Britain Cars for about 5 years, for business and personal travel in London, and find them very professional, quick and punctual. Their vehiclesare always clean with first class interior equipment. I feel that I can always rely on their services, even in the busiest of periods.

Thanks for your excellent service!.

Glad I picked this company!

I am very thank full for their wonderful assistance, patience and kindness. It's been an absolute pleasure traveling with Great Britain Cars. The airlines crew could certainly learn a few things from the Great Britain cars services team!

Thank you so much for everything!.

It is worthy mentioning here as "Thank You Very Much" for the Heathrow airport transfer service. The trip from airport was one weeks ago and going back to airport today was very smooth and hassle free.

I would definitely recommend Great Britain Cars to anyone.

Great Britain cars has always met my expectations and sometimes exceeds them. Having booking with Great Britain cars means I will be picked up and dropped off on time, in comfort and with a minimum of fuss from London airport.

Thank you so much for everything!.

Thanks for providing quick and reliable airport transfer service. Your Crew was fantastic, on time and he knew where to go and drove with care and safety.
We were very happy with the service and we would definitely use
It is worthy mentioning here as "Thank You Very Much" for the Heathrow airport transfer service. The trip from airport was one weeks ago and going back to airport today was very smooth and hassle free.

I would definitely recommend Great Britain Cars to anyone.

I wanted to write to you to tell you how absolutely brilliant was yesterday - private Great Britain Cars taxi having picked me up at 4pm from Heathrow airport yesterday and getting me home at 1.30am this morning.

The excellent taxi arrangement made by Great Britain Cars with the transfer from London Gatwick Airport to the hotel when we arrived and with the pick-up and transfer back to Gatwick Airport for our departure. We will certainly use you again.

Once again thank you for helping to make our holiday so enjoyable.

I strongly recommend Great Britain Cars if you are going to London and choosing an airport transfer, An easy to use online booking system, very good communication with customer support services after the booking and a very Professional driver who was right on time and got us to our destination quickly but safely - it was an excellent experience. I will use again if I'm back in London.

We used Great Britain cars from Heathrow airport to my hotel. Driver was on time and very Professional and helpful. He Took me straight to my hotel, helped with my luggage and ensured someone spoke English to help me before leaving me. I was a bit nervous but this service was outstanding. Thank you so much ...

"We were very impressed with the Stansted airport transfer service pre-booked online on your website. Even though our flight was delayed about 6 hours, it was wonderful to see your representative waiting to take us to our hotel. I would definitely use your company again."